ShowLED's ultra-bright Hybrid LED nodes cover the tallest building in the world, Burj Khalifa, in Downtown Dubai. An astonishing 33.000 square meter surface makes this the largest LED display ever constructed. Not only the largest in surface area, but also the tallest, with its highest point sitting at 750 m well above sea level.

OVER 50 000 HYBRID PIXELS INSTALLED IN A STRIKING 47 DAYS

The record-breaking LED display has an impressive 51.000 ShowLED Hybrid pixels that were all manually placed in position by a rigging team of 30 people. By using 75.000 custom designed brackets, all pixels could be fixed without any form of material causing permanent damage to the building like screws or adhesives.

The star of the setup is the ShowLED Hybrid LED node and the unique software to map and control the pixel configuration. Custom engineered for Burj Khalifa, the setup results in more than 357.000 LEDs, 645 power supplies, 70 km of power/data cable, 2km of fibre optic network cabling, and 95 Hybrid controllers. 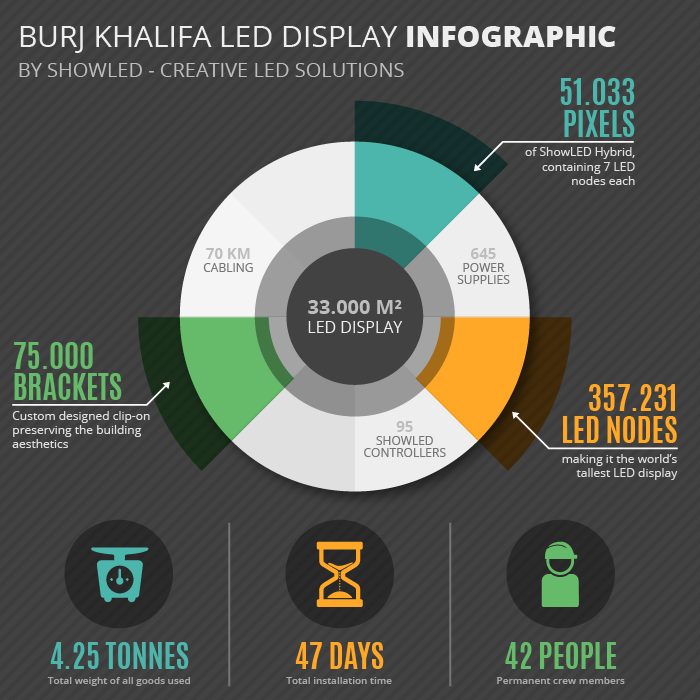